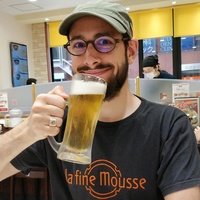 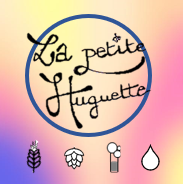 What did the X's mean?

“Common London porter ranges from 20 to 22Ibs. per barrel [1055º to 1061º], and the ordinary stout for town consumption about 26 Ibs.; [1072º] and stronger than this is mostly sent into the provinces, or consigned to exportation. The different qualities of beers, whether porter or not, are generally marked upon the casks in which they are sent out, and it is now common to stamp X, XX, or XXX, to designate such gravities as at the option of the proprietary may be determined upon, as a guide to the servants, and as a scale of charges. X was at first stamped by the Excise, or with their authority, on all casks and stores containing beer, which was deemed to be worth ten shillings per barrel, to denote that it was strong, and chargeable with duty accordingly; but as this was determined by the consciences of the trader and his surveying officer, the latter of which was sure to predominate, the course gave rise to an infinity of disputes. Ten shillings afterwards became the duty per barrel on malt liquors not accounted small, and the letters X and T were introduced into the officers' books to represent EXciseable and table beer respectively, till the total repeal of the beer duties in 1830 rendered all further notice unnecessary."
"The Theory and Practice of Brewing Illustrated" by William Littell Tizard - Brewing - 1846, pages 503-504.


I've spent years wondering what all those X's meant. I'd found a reference to "T" being marked on table beer barrels, but frustratingly it hadn't said what was put on those filled with strong beer. Now I know.

Is he right? The system of tax mentioned ended in 1830. There's a good chance he was working in the brewing industry at the time. The book was published just 16 years later. I'm inclined to believe him. Though reading it again, doesn't he give two different explanations?

What do you think?

I've just found this. It's from even closer to the period of 10/- a barrel tax:


"X, or strong beer, must be kept separate from table beer; if found in the same cellar or stor-room,- penalty fifty pounds for each barrel. Table beer to be marked T on the cask, onn pain of having it charged X beer and forfeiting fifty pounds. Fifty ponds penalty for mixing TB with X beer."
Source: "The Spirit, Wine Dealer's and Publican's Guide", by Edward Palmer, London, 1824 pages 16-17.